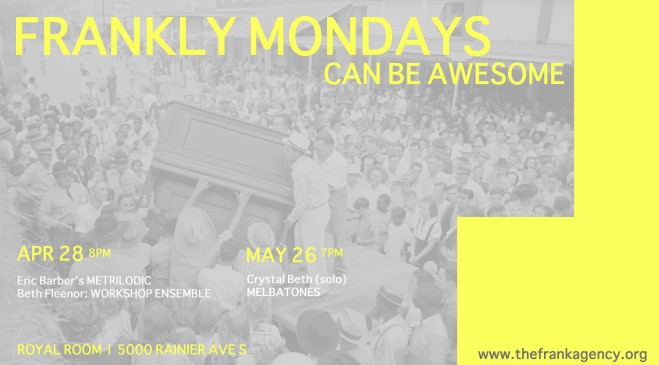 The Frank Agency continues its partnership with the Royal Room highlighting Frank artists & affiliates in a monthly sonic expedition. A split bill the last Monday of most months features a range of projects, artists, ideas & perspectives. Taking advantage of the “project room” nature of the Columbia City space, you can expect that the sounds will be ever changing monthly, while the level of quality, expressiveness, and exploration stays invigorating. Listen, talk with artists, commune…Frankly Mondays, can be awesome…